Josef Jochman, born in Ladna in Southern Moravia was apprenticed at an early age to an established Czech artist Joza Uprka and after the 2nd world war during which he joined the resistance, he studied at the Zlin School of art. Following completion of his studies he moved to Prague to start work as a Scenic Designer for the State Theatre in Karlin and during this period joined the Prague based art group 'Manes'. 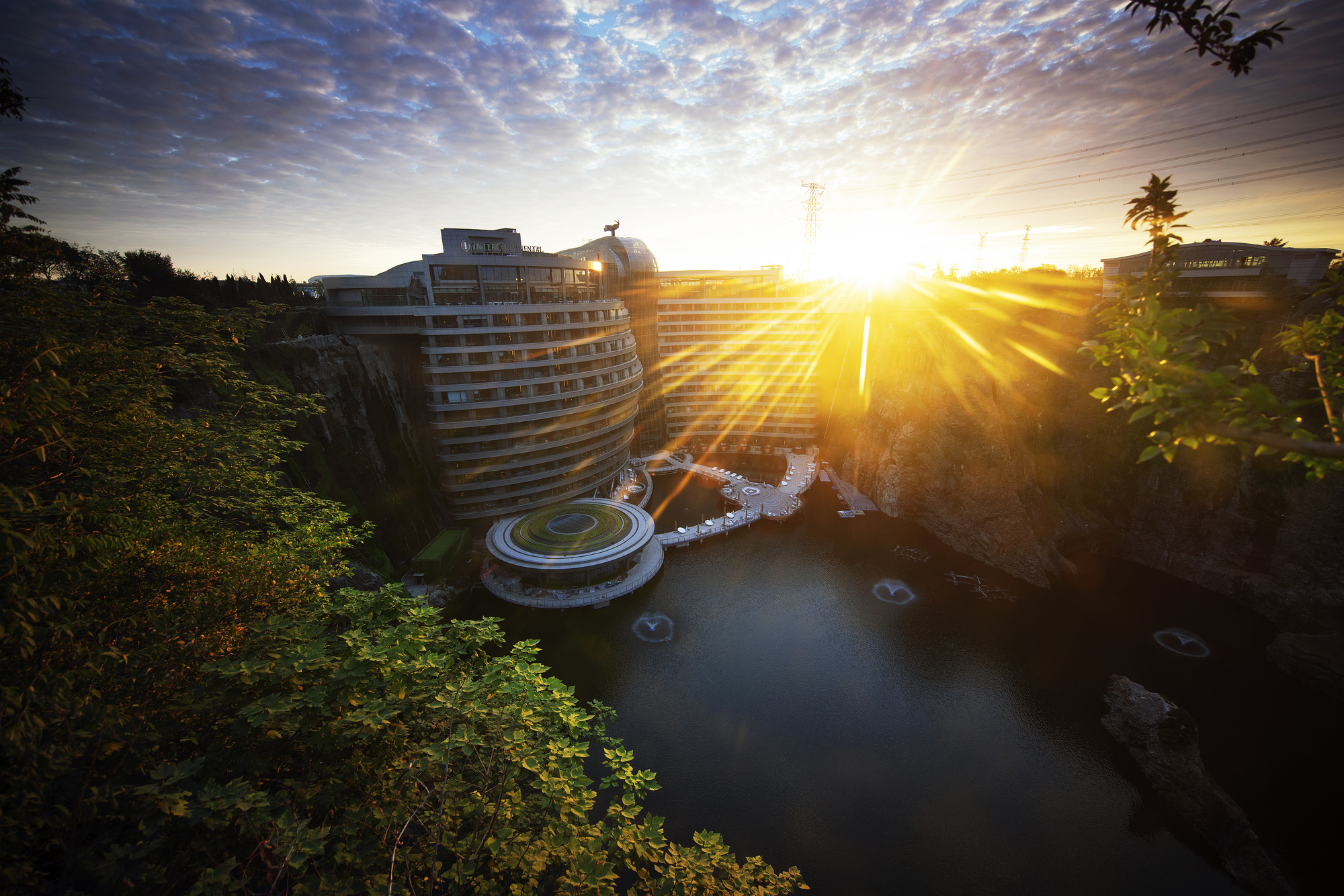 The world’s first quarry hotel has been opened in China, designed by Martin Jochman and his studio JADE + QA. Situated in an 88-meter-deep, water-filled, disused quarry, the 337-guestroom Intercontinental Shanghai Wonderland Hotel contains only two levels above ground, with 16 more levels plunging into the quarry below. The winner of an international design competition in 2006, Jochman developed the scheme in collaboration with ATKINS, in a process which has lasted over a decade. The resulting “groundscraper” features such amenities as an underwater restaurant and aquarium, all set within a form which seeks to minimize its impact on the local environment. 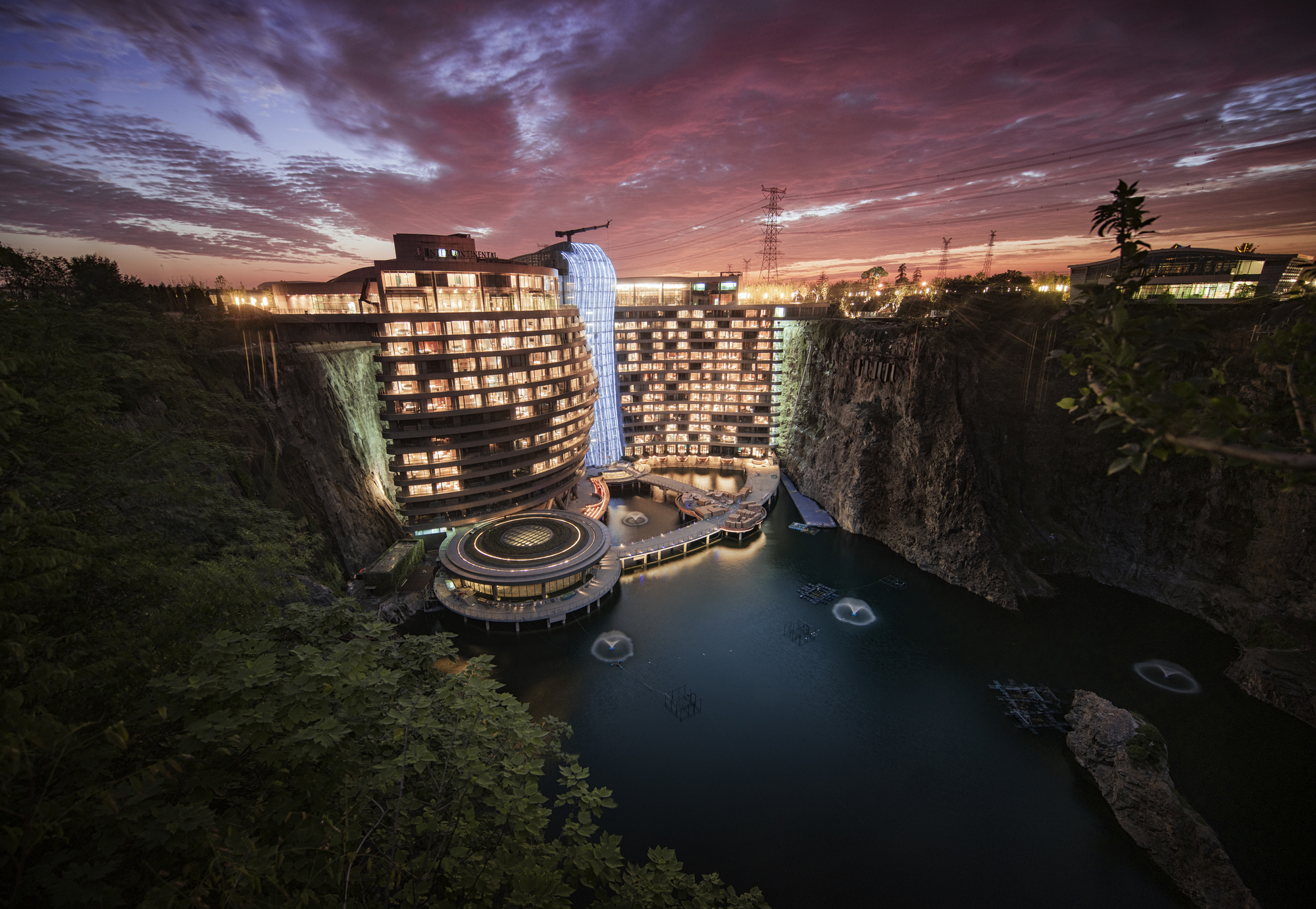 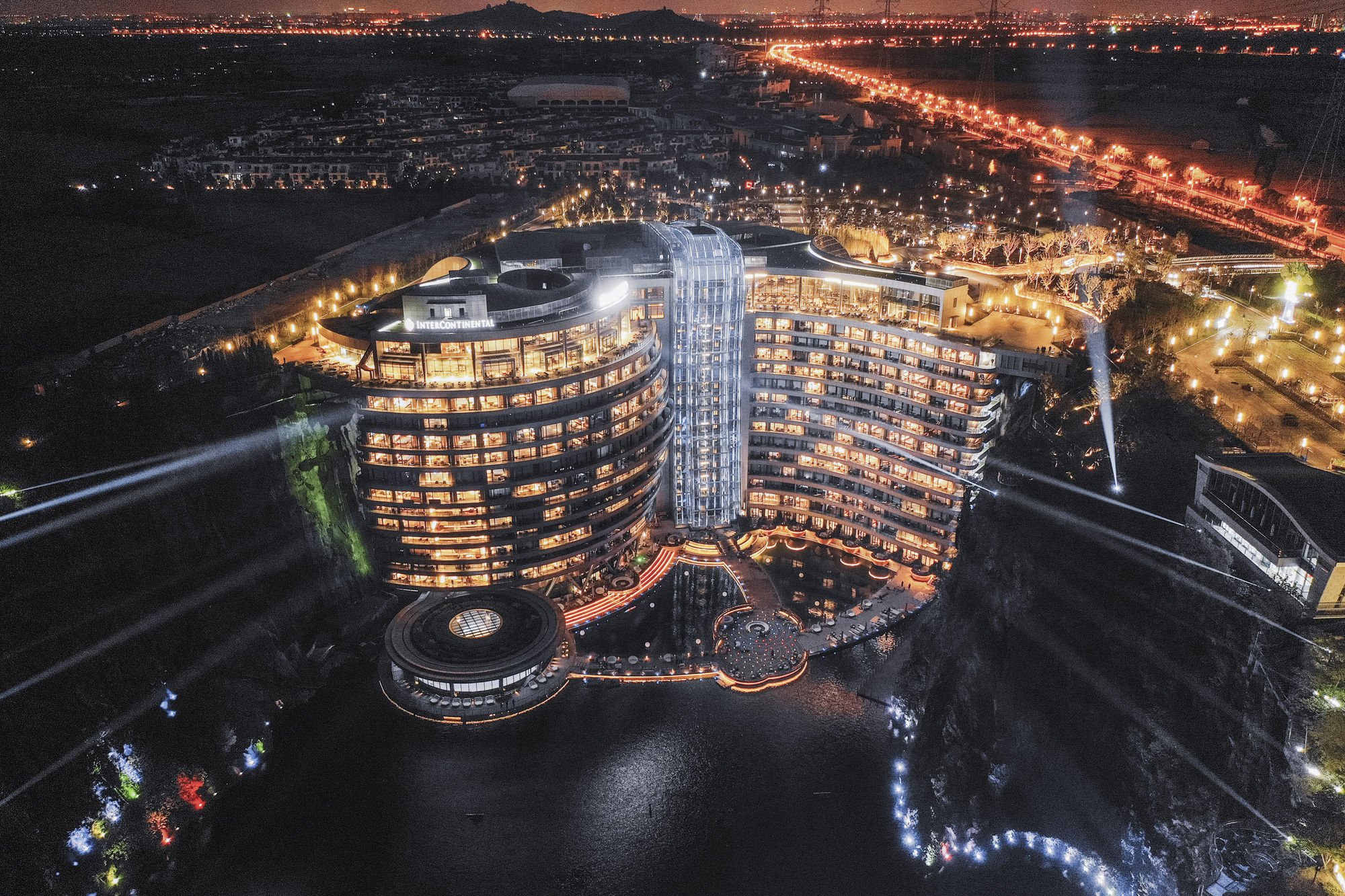 At the top of the quarry, a grass roof helps the scheme to adopt a low profile, with only two levels emerging above the clifftop. Below, 16 levels cascade down the side of the quarry in a spectacular “glass waterfall” housing a vertical circulation core and observation lifts, flanked by two guest wings. At the base, the two lowest levels are sunk underwater, containing guestrooms, restaurants, and an aquarium, while a conference/ballroom center and swimming pools comprise the bottom surface level. 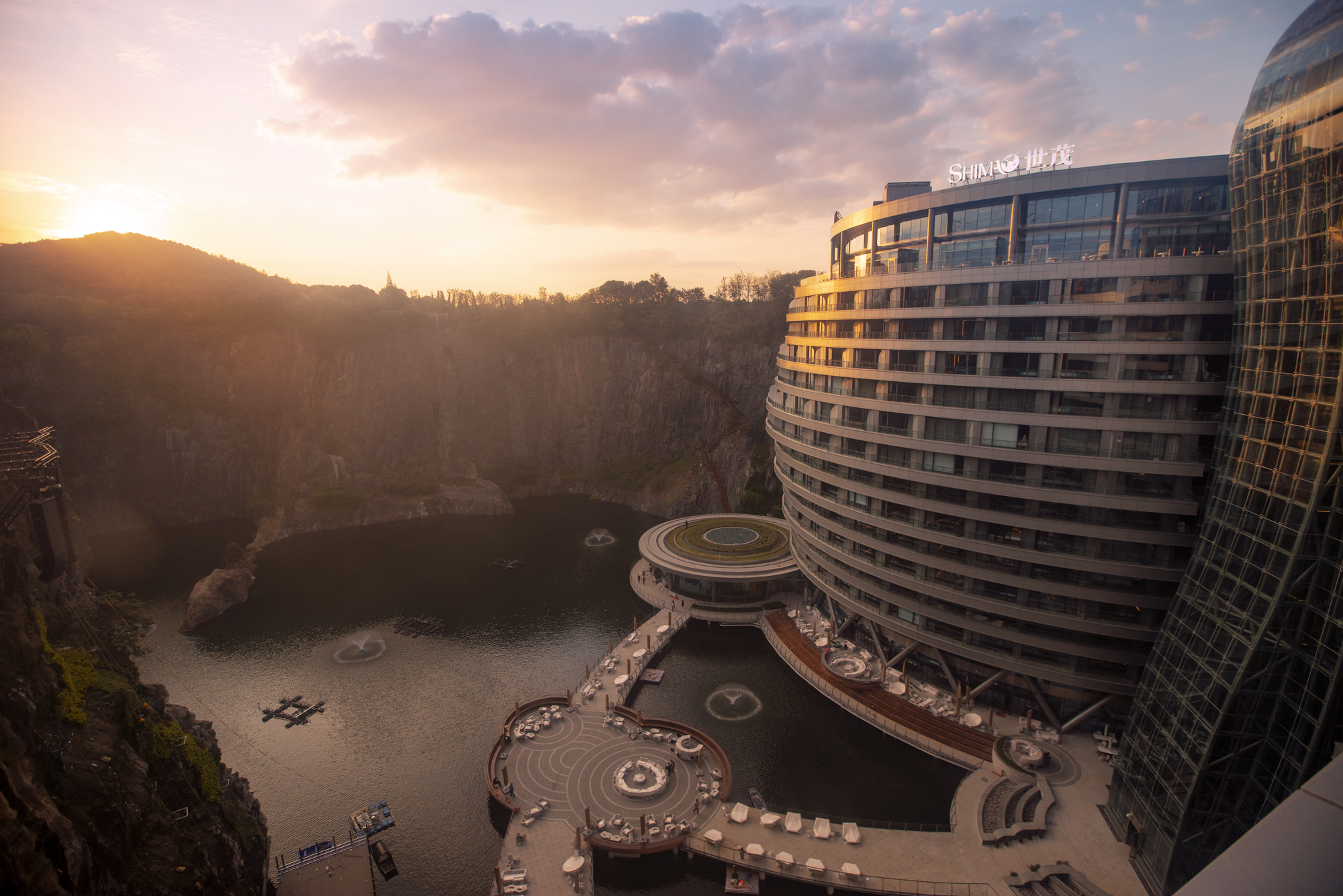 Internally, passive sustainable features take advantage of the scheme’s orientation, low profile, grass roof, and thermal properties of the quarry rock mass and lake, thus creating a unique microclimate that provides summer cooling and winter heating. As such, the scheme offers an intriguing example of the potential uses for brownfield sites worldwide. 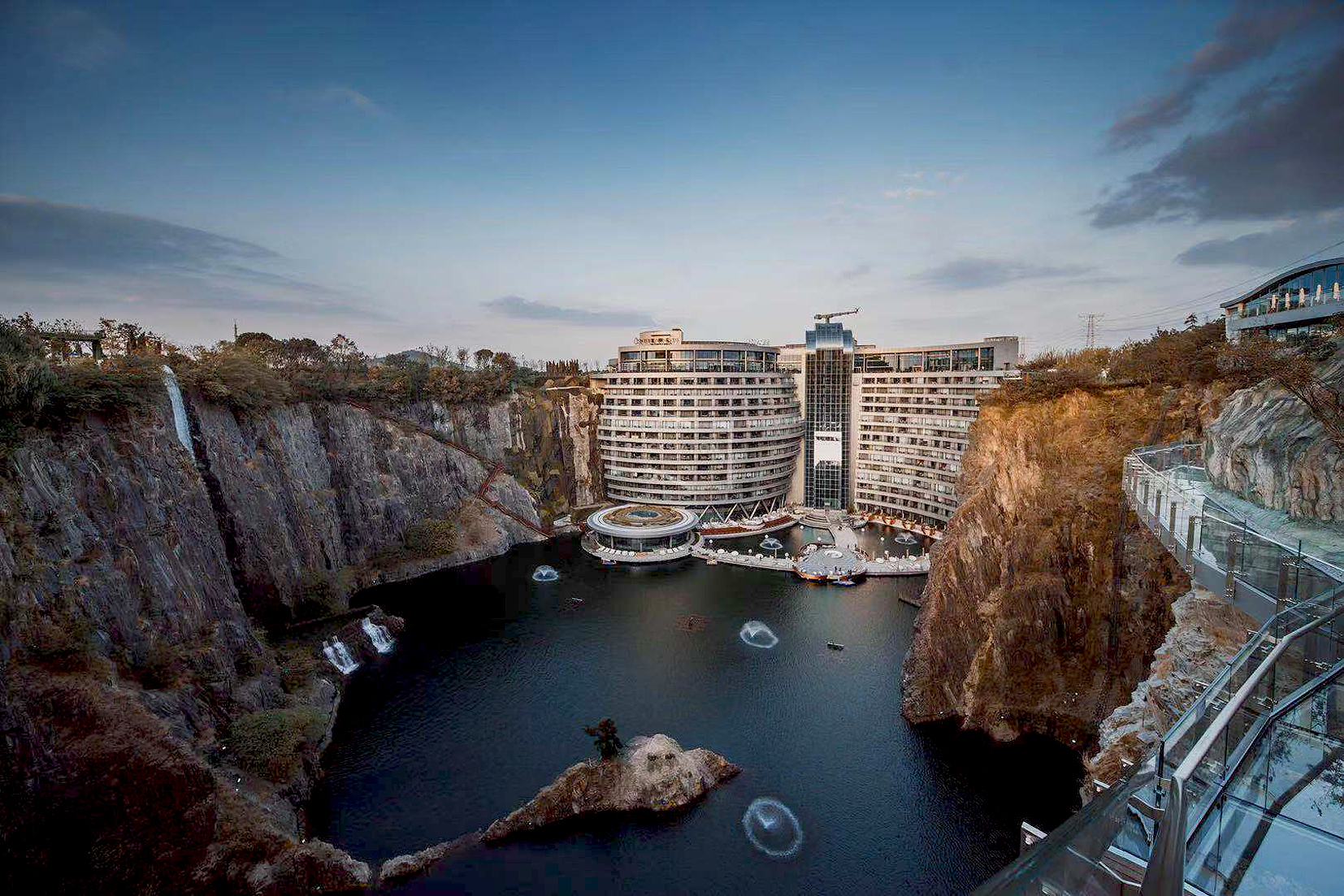 The largest obstacle facing the design team throughout the scheme’s inception was stabilizing the cliff faces adjacent to the hotel wings, a task completed in late 2015. Following the completion of the foundations and substructure on the quarry floor level, work on the steel structure within the quarry began in February 2016. Internal fit-outs and external landscaping were completed in October 2018, permitting a November 15th opening date to the public. 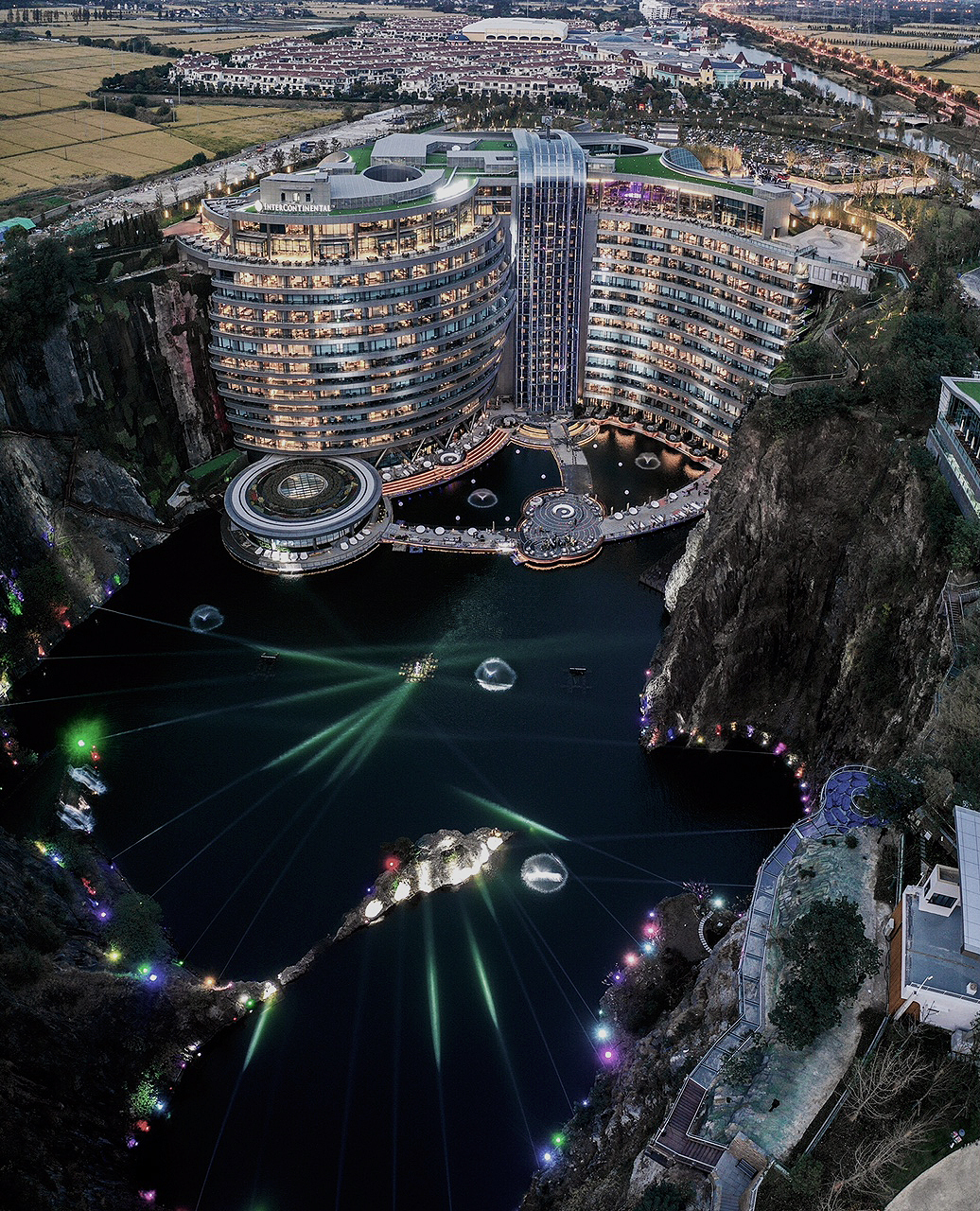 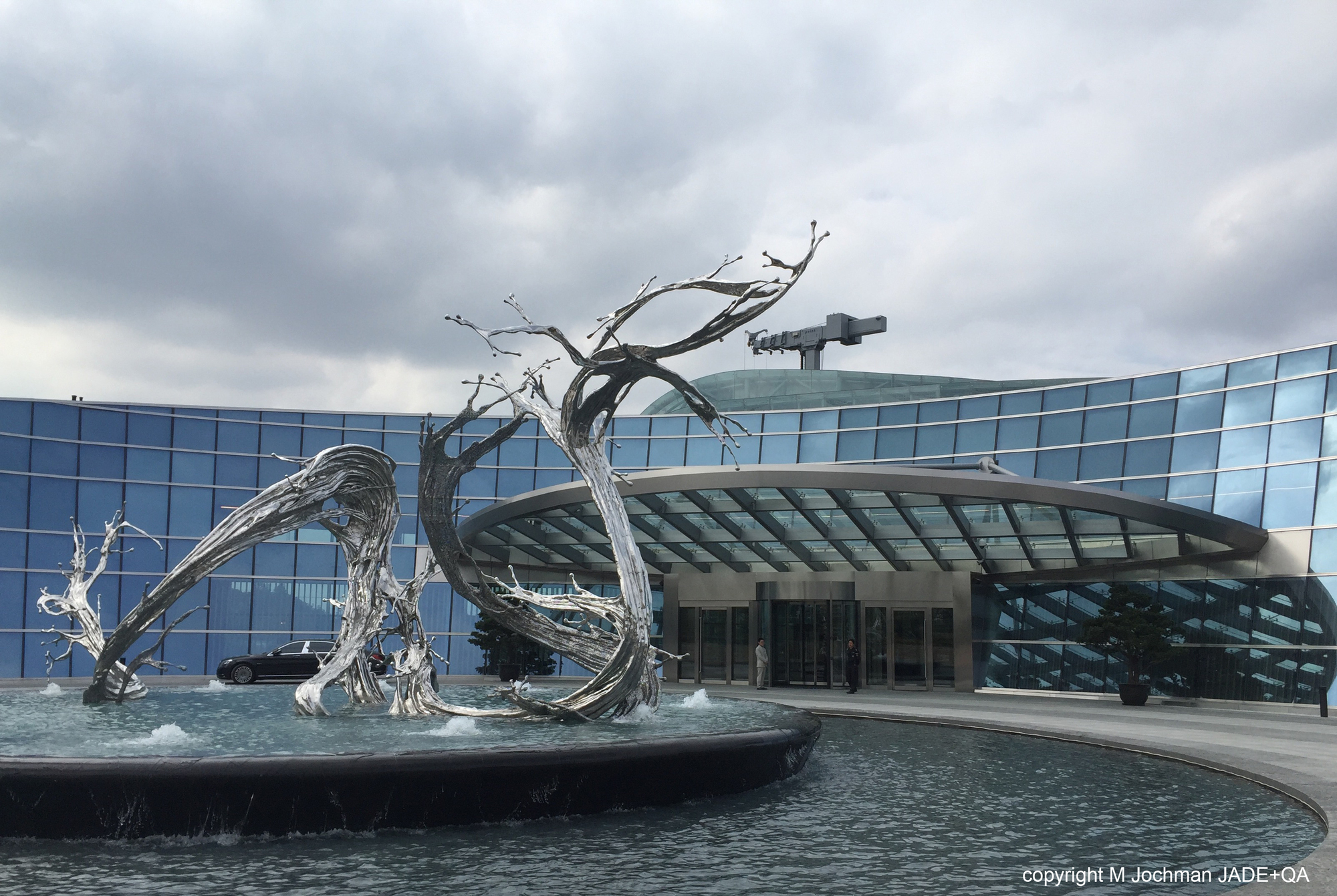 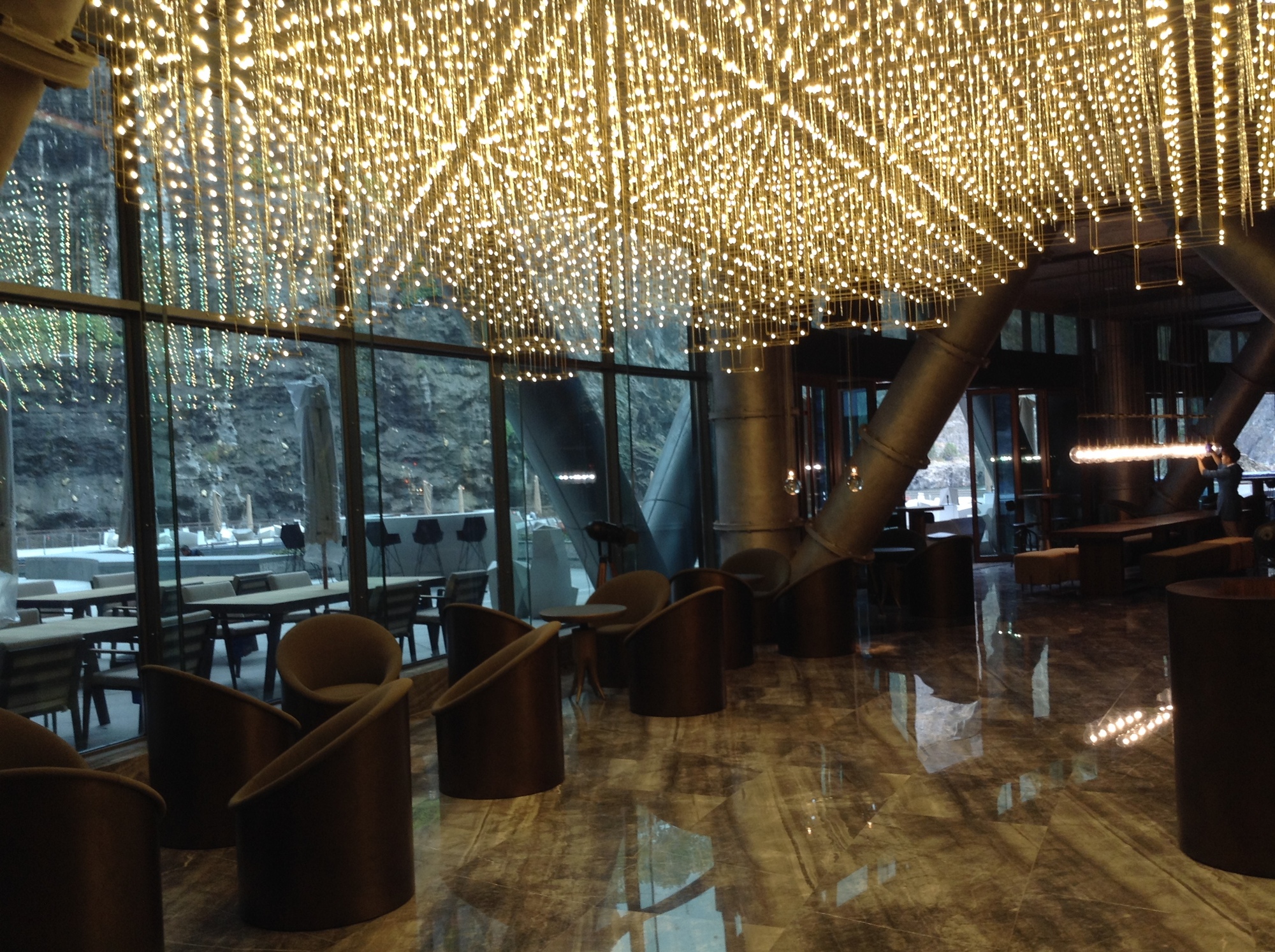 In February 2013 Quarry Associates and its Chinese registered Studio J.A.D.E. Ltd, established by the concept designer and original project Design Director for the Shimao Wonderland Intercontinental Hotel, Martin Jochman Dip Arch RIBA, signed contract with the developer Shimao to continue working on this project and to develop the design, coordinate the landscape and interiors and overview the construction on site. As the original concept designer in 2006, while working with ATKINS and then continuing his design work with his own studio JADE+QA, Martin has therefore been able to carry out this important and unique project from concept to completion for more than 12 years.